I happen to stumble upon the 2 eggs in a nest while cleaning. It was till after a few days that we realised the parent pigeons had left their nest. I must confess a certain degree of guilt for accidentally disturbing the pigeons during my cleaning. Even though I took care not to disturb their house, perhaps a peek into their private life was enough….

My kids were prompt in offering to adopt these big white pearls. They have gained in confidence ever since their first adoption of a street pup, picking him up in the middle of the night and giving him a home. He is now about 16 months old and fondly called “OREO”.

But that’s a story for another time. Back to the birds…..

Preparations were made. An ideal cradle was found, prepped with air holes for ventilation and laid out properly with a fresh layer of tufts of grass, twigs and leaves collected from the nearby garden. Oreo was equally excited.

And the eggs were given their resting place till they were to hatch into little birdlings.

In between great care has been taken to replace the mother’s body heat to grow them, about an hour in the sun every afternoon, just enough to provide warmth and yet not burn the little babies inside the shells.

And patiently Oreo and the kids have waited for the new members… the birdlings to pop their heads out.

Believe you me, the wait has been tough and self control quite difficult. At one point attempts had been made to try the delicate procedure of a Cesarian birth. All in excitement to see the newborns….

They were given a “Z” plus security for protection from the evil, completely on personal expense and without burdening the “exchequer”, me and my wife in this case.

On the younger ones suggestion the Z plus status was withdrawn, to be replaced with a COW. They may have heard “Gauu hamari mata hai” and newly borns would need mother’s protection and nourishment. After all milk mein hai “SHAKTI”.

My older one explained the young one and before long he realised, that birds eat worms, insects and ‘dana’. Now plans are in place to hunt for their food the moment birdlings are out. A nearby location in the garden has been identified as a ready source. No stocking allowed as only FRESH food has to be served.

And the cow has promptly been replaced with a gang of 3 – The Gigantor, The Lizardman and a Bard……….A BARD, yes both of them decided the newly borns needed music to keep them chirping…and on a birdsong…

Its going to be 2 weeks since the adoption, and probably another 3-4 days before the eggs were taken under care. My kids are asking the most important question……..”when will we see the birdlings”

I wonder if I need to prepare them for the inevitable…..their firsthand experience in Darwinism – survival of the fittest…..

or is it still early days………only time will tell…

If you liked my Stories share them with your friends:

One thought on “An Adoption Story” 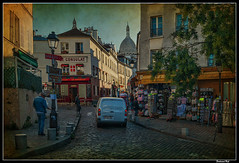 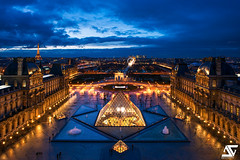 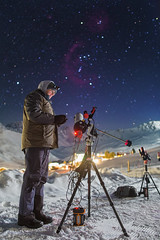